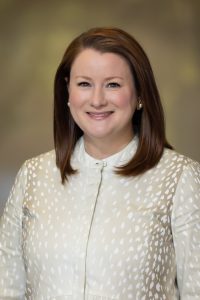 Kelly (Mixon) Dockham is the Director of Federal Affairs for the University of North Carolina at Chapel Hill and has served in this role since January 2018. As director of federal affairs, she represents the University in advocacy before the federal government, regulatory agencies, and key policymakers. Kelly works closely with faculty, students, and administrators to develop and advance UNC Chapel Hill’s federal agenda.

Kelly arrived at UNC Chapel Hill in July 2015 after working ten years in Washington, DC on Capitol Hill and in the private sector. She began her career in 2005 as a professional staff member for her home-district Congressman, Roger Wicker (MS). In late 2006, Kelly was asked to join the staff of U.S. Senator Trent Lott (MS) and worked as his legislative correspondent on a variety of policy issues until his retirement from Congress in December 2007. Following Congressman Wicker’s appointment to fill her former boss’ seat, she served as Legislative Assistant for U.S. Senator Wicker, handling issues related to the Commerce, Science, and Transportation Committee as well as the Committee on Small Business and Entrepreneurship. In 2009, Kelly made the move off Capitol Hill, joining the Breaux-Lott Leadership Group – a bipartisan boutique lobbying firm founded by two former U.S. Senators, John Breaux (D-LA) and Kelly’s former boss Trent Lott (R-MS). In 2010, Kelly accompanied both Breaux and Lott to the Washington, DC based law firm Squire Patton Boggs (formerly Patton Boggs) where she served as Public Policy Advisor until 2015.

She is fortunate to work closely with government relations colleagues in the national higher education community and is currently serving on the Association of Public and Land-grant Universities (APLU) Council on Governmental Affairs (CGA) Executive Committee. Kelly’s past leadership roles include serving as Biomedical Task Force Chair of the Association of American Universities Council on Federal Relations.

Kelly is a native of Oxford, Mississippi and holds a Bachelor of Arts degree in Political Science from The University of Mississippi (Ole Miss). During her time as an undergraduate at Ole Miss, Kelly was fortunate to intern for U.S. Senator Thad Cochran (MS) during his tenure as Chairman of the prominent U.S. Senate Committee on Appropriations. She resides in Chapel Hill, North Carolina with her husband, Matthew and daughter Charlotte. 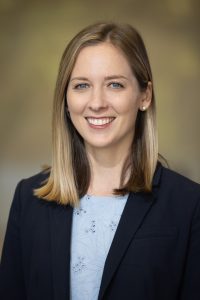 Roxana Boyd joined UNC-Chapel Hill’s Office of Federal Affairs as Assistant Director in June 2019. She supports the advancement of UNC’s federal policy priorities by advocating before federal officials and their staff and collaborating with the campus community. Roxana provides policy updates and legislative analysis to UNC administrators, students, and faculty, and seeks to amplify their work and voices in Washington. She works closely with government relations colleagues and has served in leadership roles with the Association of Public and Land-grant Universities (APLU) Council on Government Affairs and Women in Government Relations.

Previously, Roxana spent six years in Washington, DC with the Legislative and Public Policy practices of Arnold & Porter and Squire Patton Boggs, where she focused on higher education, healthcare, and technology policy. Her passion for education and federal affairs stems from growing up in a family of educators and her experience working as a congressional intern for former Rep. Mike McIntyre (D-NC). She also has worked with several nonprofits dedicated to early childhood and public health and safety issues. Roxana is a native of Wilmington, North Carolina and holds a Bachelor of Arts degree in Political Science from Davidson College.

The University of North Carolina at Chapel Hill